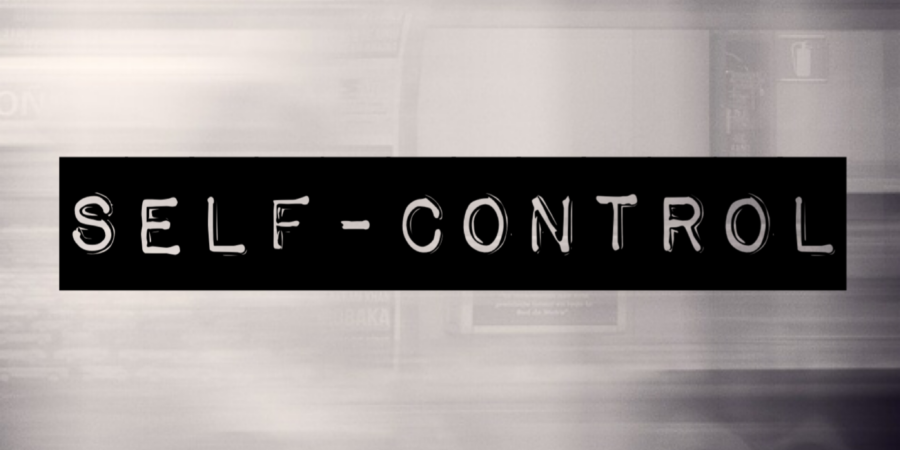 When we look at the life of Jesus, we see that He was solely focused on fulfilling the will of His Father. Every decision, every reaction, every moment was filtered through the lens of whether it would bring him closer to accomplishing the work he was destined to do. Jesus had a specific call over his life, and in order to complete it successfully, he had to demonstrate what it meant to have Self-control, which is the topic in which I will bring to you today.

Self-control is one of the 9 fruits of the spirit, and it is defined as the ability to control oneself, in particular, one’s emotions and desires or the expression of them in one’s behavior, especially in difficult situations.

Throughout his life, Jesus had to maintain self-control. No matter what was presented before him, he had to be mindful of his reactions. The temptation to sin was all around him, but he never fell into any of the traps that were laid out for him. His focus was on accomplishing his Father’s will, and anyone and anything that would take him away from the task at hand was either exposed or rebuked.

His assignment was bigger than being accused and ridiculed. It was bigger than the fear of the events that were destined to come and those closest to him had a front row seat, as his journey of spreading the gospel was coming to a close. By looking at his encounters with ordinary people we are able to learn how to respond when trials come into our lives. Lessons such as, not repaying evil for evil, treating others the way we would like to be treated, being peacemakers, preferring our brethren, knowing a fools mentality, forgiveness and resisting temptation. By meditating on these said things, we are able to better understand the difference between operating under a sinful nature vs yielding to the Spirit of God.

In Matthew 16:21-23 NLT, it states “From then on Jesus began to tell his disciples plainly that it was necessary for him to go to Jerusalem, and that he would suffer many terrible things at the hands of the elders, the leading priests, and the teachers of religious law. He would be killed, but on the third day, he would be raised from the dead. But Peter took him aside and began to reprimand him for saying such things. “Heaven forbid, Lord” he said. “This will never happen to you!” Jesus turned to Peter and said, “Get away from me, Satan! You are seeing things merely from a human point of view, not from God’s.”

How many times can we say that we have viewed things from a human point of view? Omitting what God has said and giving way to our own thoughts and the lies of the enemy? In this version of the scripture, the “Heaven forbid” was a statement that outwardly defied the will of God.

If you really think about it, how was Peter’s action any different than Satan’s while Jesus was in the wilderness for 40 days and nights?  The delivery was different but the message was still the same….to not complete his assignment.

It’s hard to believe that Peter’s intention could be viewed as demonic. His overwhelming love for Jesus was what caused him to react in this manner, but his words of rebuke, concern, and caution were not God filled and could not be received.

While Peter wanted Jesus to preserve his life, Jesus was already prepared to lay it down, no matter the cost.

In Matthew 26:51-54 ESV, it states “And behold, one of those who were with Jesus stretched out his hand and drew his sword and struck the servant of the high priest and cut off his ear. Then, Jesus said to him, “Put your sword back into its place. For all who take the sword will perish by the sword. Do you think that I cannot appeal to my Father, and he will at once send me more than twelve legions of angels? But how then should the Scriptures be fulfilled, that it must be so?”

Self-control is a gift that causes us to rise above difficult situations. It gives us the power to stand against all odds when used in our daily lives. It provides us with the correct outlook, and at this moment Peter couldn’t understand what was happening. He didn’t know when and how Jesus was going to be captured. Yet when this occurred, his only impulse was to use his sword to keep Jesus from danger. But what Peter was forced to understand was that this wasn’t the time to defend, kill or protect, but to allow what was meant to be, to occur, which required restraint!

Being able to control one’s reaction in the face of being mistreated, accused and wronged can become a stumbling block if not handled God’s way. We all have our everyday triggers that can influence how we choose to react, and instead of managing our emotions we completely lose all sense of composure.  So we whine, we vent, we get violent and in our anger we want to take someone’s head off for treating us or those we love the wrong way (which is no different than how this great Apostle reacted at the time. He lacked understanding and couldn’t see how Jesus could relinquish his authority to those who planned to torture and kill him.) There’s nothing wrong with being angry but it’s what you choose to do with it.

Self-control will cause you to sit still and assess a situation to understand the bigger picture.

It will cause you to be quiet when all you want to do is react.

It will cause you to wait patiently and identify God’s will, rather than fulfilling your own desires.

Jesus understood this level of self-discipline and his preparation for the cross was seen by his willingness to die to everyday circumstances.

How we react is vital to our walk as Christians and many people lose control when faced with extreme circumstances. However, instead of getting lost in our emotions, let’s choose to take accountability in how we respond.

The battleground in which you tread upon every day involves an environment in which the wheat and tares grow together. Jesus was able to still minister even though the conditions were not as he desired. By understanding our environment better, we can learn how to maintain our self-control and to conduct ourselves to Christ’s expectations.

Experiencing things that are meant to take you out of the will of God is a part of life, and just as Jesus’s stance could not be dependent upon those around him, neither can yours. God has given you the strength to overcome the tests and trials presented in this world…….this post is just a little reminder!

Hope this was helpful…..God bless and Have a Great Day!

One Reply to “When The Assignment is Bigger Than…”