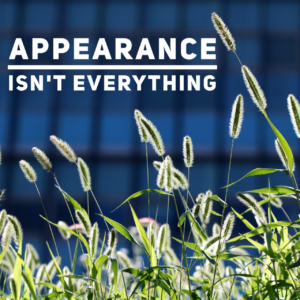 1 Samuel‬ ‭16:7‬ ‭NLT‬‬
“But the Lord said to Samuel, “Don’t judge by his appearance or height, for I have rejected him. The Lord doesn’t see things the way you see them. People judge by outward appearance, but the Lord looks at the heart.”

This scripture is a great reminder for everyone to be very careful not to judge the outward appearance of man. I’ve done it, you’ve done it, and over the course of our lives, we have made unfair conclusions about one another. However, this is certainly something we will work very hard not to do, as we continue to go forth in life. But since we’re here, let’s thoroughly discuss some of these habits.

When Jesus preached, He spoke to all types of people, the downtrodden, the lepers, the adulterers, the poor, the crippled, the diseased, the slaves, the servants, the Gentiles, those who weren’t considered the chosen people of God, unlike the Jews, they were seen as foreign, corrupt and tainted. Jesus even addressed children and saw each of them as worth something, and the same is true about You and me. When God looks at us, He sees everything He’s created us to be in one complete package, Lacking Nothing! But when we live in a world where some hold Status, Power, Position, Sex, Age and Race, higher than Character, Integrity, Perseverance, and Honesty, we automatically have an imbalance. Unfortunately, the rewards of men go to those they approve and deem worthy.

If you look up the definition of a Respecter of Person, it is defined as someone who treats people according to their rank, status or importance.

Of course, we’ve all seen this in action throughout our lives, where someone will get better treatment than others because of their title and position. Where some are ignored and deemed unimportant, while others are praised.

They might have the worst character ever, but as long as they have influence and are labeled successful and have lots of money, these tendencies can be overlooked and ignored. Even worst, seen as NORMAL!

How to get away with murder? Just have the right last name…

How to continue disrespecting people, belittling them, underpaying them? Just own something. Be the boss and it will give you the right to treat them badly, just because they work for you…

(Really, test it out and see, step inside the wrong store, wearing the wrong thing and you will find that people will not treat you the same as those around you. Security will follow you around. Workers will suddenly ask multiple times “How may I help you”, it’s not a pleasant shopping experience, to say the least.)

Even though these things happen, understand that your self-worth cannot come from man, but from God.

It can be so easy to cast someone aside and view them as less than what God has called and created them to be. Yes, we see selfishness, competitiveness, covetousness, lust, and greed operated in every day, but do we really have to take on worldly attributes and accept practices that are not of the Lord?

Truth be told, no one forces us to do these things, we choose to conform to the behaviors of the world, choosing to abandon spiritual truths that are found in the word of God.

A separation of mental position has to be made, and once you choose your stance, then a new life can and will be experienced. 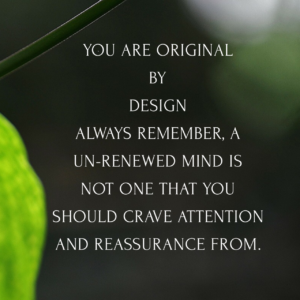 Psalm 139:23,24
Search me, O God, and know my heart;
Try me, and know my anxieties;
And see if there is any wicked way in me,
And lead me in the way everlasting.

At some point, we all have to do a self-check to see if there are any ways in us that are misrepresenting our Father. Showing favoritism is just one of many things God doesn’t desire us to do. Especially, because He doesn’t do it himself!

Please understand, the Lord allows us to be placed in favorable positions that will bless us to be a blessing to others. Yet, depending on the heart of a person, a pure gift from God can be turned into a weapon.

Thriving off the power of your title, position, and rank, while looking down upon others may very well feel good for a time, but it won’t last. Don’t be like the rich man, who had everything while he was living, but when he died he was tormented for eternity. (See Luke 16:19-31 NLT for the story of Lazarus & the Rich Man 😬) 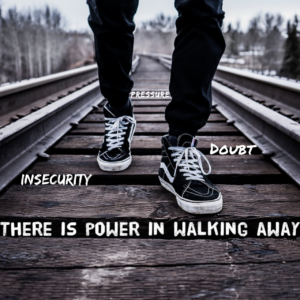 Somethings will bring you to silence.

Somethings will bring you to your knees.

Somethings, after observing and absorbing for years, will cause you to rise up and speak up for those who had no voice, recognizing that even I allowed myself to be one of them.

I was a picture, hanging up in the midst of my environment, not knowing I had the same opportunity, and even the right to take myself down off of the wall and be present in my reality. To be part of, contribute to, and be heard and appreciated for who I was, not only for what I did. Convincing myself that it was my place to stay silent.

Eventually, you’ll have to fight to grow beyond others expectations of you, past their preconceived ideas, and boxes they have assigned to you. Sometimes, we want a “Well done, good and faithful servant”, from the wrong person….. that honor is only to be held by God and God alone!

You are worth more than you know, not because I said so, but because that’s what the word of God says about His people. You are Royalty. You are one of His own. You are loved and You are meant to live an extraordinary life.

Sooner than later, you’ll have to choose to walk away from the world’s standards of doing things because it’s system is corrupt. It is not designed to lift you up, or to have you to succeed, because an unfair comparison will always be made between you and those around you. Forcing you to continue to question who you are. Insecurity, doubt, and pressure can arise when you attempt to conform to an ego-driven society. The circumstances that surround you may be unfavorable but never miss your opportunity to see yourself how God sees you!

When God called David to be King, he was young but experienced. He was already qualified when man couldn’t understand all the reasons why. (David couldn’t sit there trying to convince those around him about his assignment, he accepted it and boldly stepped into it. As will you, when the time comes…but until then…PREPARE!)

Someone else’s ignorance should never make you hesitant to pursue after the call on your life. No matter what truths lie behind their outlook, understand that you don’t have to inquire about it. Let the pieces lie right where they are. You don’t have to put the puzzle together, it’s not your job.

I say that to say this, DON’T CHOOSE TO NEGLECT YOURSELF.  Keep your eyes focused on the Lord,  remembering that you have a future in God, and where some will cast you aside as the rich man did to Lazarus, you will reap the ultimate reward.

Forgive yourself for agreeing with those who looked down upon you and for walking in the shadows of other men.

Forgive yourself for ALL of the negative self-talk and believing that you weren’t good enough.

Great is the Lord,

Worthy is the Lord,

Awesome is the Lord and He created you on purpose. You are not a mistake.

Always remember, that the world wants to give you its own assessment of your value but just know within yourself that THEY DON’T ASSIGN YOU YOUR TRUE VALUE, GOD DOES!

Think about how God sees you, not man, and you’ll be able to take on the world in a better and healthier way.

Love you, hope the best for you and never forget who and whose you are… GOD IS FOR YOU!

One Reply to “Eye Of The Beholder”