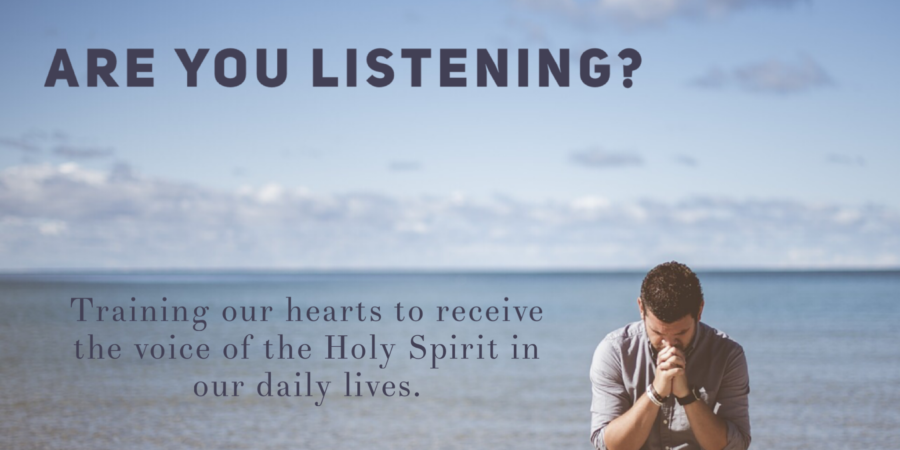 How do YOU prepare your heart to hear God’s word?

There’s a scripture where Eli, the High Priest of Shiloh, is preparing to go to sleep and his young apprentice Samuel, has an encounter with the Lord- let’s view this in Scripture.

I do believe that there are many times in our life that the Lord wants to speak to us. Yet, throughout our journey as Christians, it can sometimes be hard to hear His voice. We get busy and caught up in how we want things to be and pay very little attention to that still small voice- that wants to guide and teach us. The Holy Spirit communicates to us in various ways and as a body, we have to become more aware of the ways in which He speaks.

God speaks through the scriptures. He speaks through His Son. He allows the Holy Spirit to speak to us through dreams, visions and prophetic words. Each way that He chooses to speak, invites us to learn more about who He is and how He views things. Yes, as Christians, we go through silent season BUT make sure your silent season doesn’t last a lifetime. The Lord does speak, and we should be inclined to pay attention to everything that He wants to say when He does.

Some time ago, I shared with you that the way I began to recognize the voice of the Holy Spirit was by testing out what I was hearing. I would hear a thing, move in what I heard and then eventually see His word be confirmed. Yes, I’ve had the Holy Spirit speak to me through visions and dreams, but it was through OBEDIENCE  that I really learned how to recognize His voice.

BE AWARE– there are at least 3 distinct voices that you will hear in your life:

The same can be said about dreams…you’ll have at least 3 types of dreams:

Both, be it while awake or sleeping, are access points of delivering a message to you. The most important thing to know is- who is speaking.

What I LOVE so much about the scripture above is that it shows process, development, vulnerability, innocence, and experience. While also introducing nuances in recognizing the Lord’s voice. I’ve heard it expressed that hearing the Holy Spirit is a rare occurrence, but fortunately for Samuel, he was not left to learn on his own. He had a teacher who was able to help him grow in the things of God.

In the scripture above, Eli teaches Samuel how to position himself to hear. Samuel didn’t know the Lord’s voice but Eli understood that when the Lord called, it required an immediate response.

Let’s bring this to our current lives-

When the Lord calls, how do we respond?

-Do we push Him aside and say “call back later”.

-Do we completely ignore Him, because the last time we answered, it required us to have to die, shift position and/or change?

-Do we answer His call, hear what He has to say, and then reject what He said because we didn’t like what we heard?

Only we ourselves know how we respond to the Lord…. and I challenge each of my readers to take a moment to think about the last time the Holy Spirit spoke to you…

1). When did it happen? (Early morning, late at night….while you were resting or active)

3). What word did He speak to your heart?

4). How did you respond to what He said?

If you didn’t respond well, acknowledge it, repent and be more prepared the next time He speaks ❤️

Truth be told, sometimes the Holy Spirit can come out of nowhere and unexpectedly hit you with something. You could be watching a movie, be out for dinner or finally getting ready to go to bed after a long day and all of a sudden He wants to download something to you.

When this happens I’ve learned to respond quickly.

So if I’m asleep and He causes me to wake up, then I’m to stay awake until He finishes speaking.

If I’m in praise and worship and I’m jumping up and down enjoying the mood of service… if He chooses to speak, then I must calm myself and get into a position so I can better hear.

So if that means I have to mentally or physically take myself out of the room to hear Him- then I will. Often, at least for myself- too much noise causes a distraction to me hearing Him clearly.

I find that my emotion during a church service can at times hinder my awareness of God speaking. (i.e. like if I’m in worship mode and I’m crying out to God, speaking in tongues, doing all the things that outwardly express how I feel on the inside about God, it can leave less room for Him to move. In other words, I get so caught up in what I’m feeling and doing that I miss what He’s trying to say. It’s like finally building up to the point that you sense His presence then never reaching the climax of what He wants to impart.) Sometimes you might have to sit down and be still while everything else around you is going crazy. To find that internal peace or place of rest that no one else can access except for the Lord.

A place where your spirit meets with His, unhindered by outside forces….. (I guess that’s why we have prayer closets 😅😩)

Elijah heard God’s voice in the sound of a gentle whisper. Samuel heard a voice but didn’t know who was calling out to Him.

I wonder how many people experience this- hearing a voice but not knowing it’s the voice of the Lord that’s speaking. The revelation that could’ve been received. The instructions that would’ve protected. The ideas and plans that we’re meant to be birthed out but became missed opportunities- never developing past the point of conception.

To hear the Lord, you must understand the importance of these 3 R’s 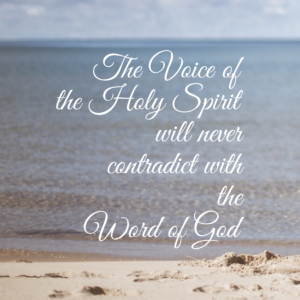 Now I would be irresponsible if I didn’t mention to you that NOT ALL WORDS SPOKEN IS FOR EVERYBODY TO HEAR! Some words are for your ears only. Others are for specific people. The Lord might make you aware of a condition and only ask you to pray. He might speak to you about seasons or the timing of things, He might tell you to do or not do something. Either way,  Discipline, and Restraint are needed as you hear.

“Speak, Lord, your servants are listening.”

The Holy Spirit was a gift given to all believers before Jesus was crucified.

(Why the Holy Spirit was given)

“But in fact, it is best for you that I go away because if I don’t, the Advocate won’t come. If I do go away, then I will send him to you. And when he comes, he will convict the world of its sin, and of God’s righteousness, and of the coming judgment. The world’s sin is that it refuses to believe in me.

(What the Holy Spirit Gives)

Yet, in order to be guided by Him into all truth and to better understand what gifts He has given to each of us, we must first learn to be still, sit down and read the word of God and recognize His voice when He speaks.

What is the Holy Spirit speaking to you?

When He said it.

Who or what it was about.

What is required of you- (to speak it out or just be still and pray about it.)

So the next time you question if you’re really hearing His voice you’ll know that it was truly Him speaking.

As you look back, over time, you would have developed a book of memories, of how the Lord communicated with you through His confirmed words. By this process, you would have steadily learned how to listen, trust and obey His voice.

I hope this new post was helpful and I thank you for taking the time to read it.

To see some of the consequences of not listening to the Holy Spirit, check out the link below lol.

When The Holy Spirit Speaks