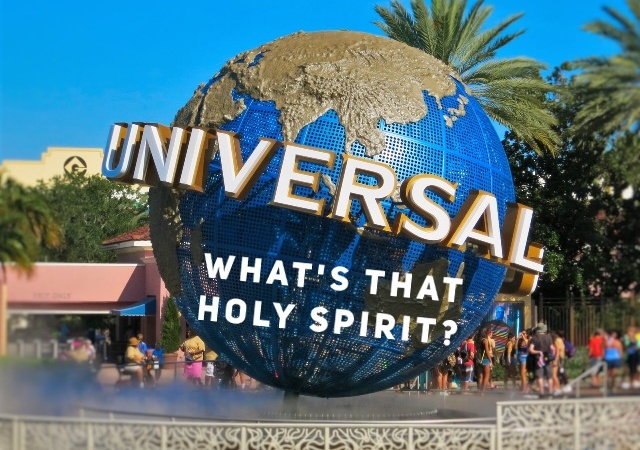 We were on a family vacation to Universal Studios in Florida, it was my niece’s first time going and we were so thrilled to share this experience with her. After, enjoying a few days in the park we were to head back to my grandfather’s house. We began the process of checking out of our hotel and got on the road. There we were, just the four of us in the car (my husband, my niece, a young boy and myself) and on our way back my niece had to go to the bathroom. So we pulled over to the side of the road to make some adjustments and while we were there I opened my car door and heard the Holy Spirit say “Don’t step in the grass.”

I paused for a second, as though to double check on what I just heard, but I knew it was Him. I heard His voice as clear as could be but I ignored it and proceeded to take my niece out of the car to switch out her clothing.

I didn’t want to seem prissy, as though I was too dainty to step outside the car into the grass so, in hopes of taking a step towards breaking that perspective of me, I got out of the car.

So I boldly stepped into the grass and began to help my niece. All of a sudden my niece begins to say that her legs were burning. She felt like something was crawling on her feet, so I look down and there are a bunch of red ants crawling all over her ankles and calves. Somehow, she must have stepped in an anthill of some sort because the number of ants on her legs was insane.

Instantly, she begins jumping around. I picked her up and started dusting the ants off of her legs. She starts crying because she’s in so much pain and shock. I literally picked her up and tossed her into the car and then jumped inside with her.

Here we are after a beautiful start to our vacation and now we’re experiencing a horror show. Oh and did I miss stating that some of the fire ants were still on my niece’s legs so they got into the car too! 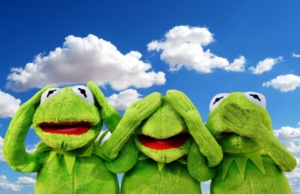 Somehow, when I closed the door, I also sealed inside with us these large black mosquitoes. Not the itty bitty ones, but the ones that look genetically enhanced!

We all start freaking out. I’m panicking, we had another child in the back seat, trying not to get bit, Kevin is trying his best to get the mosquitoes out of the car (as we had the windows up because the AC was on and we didn’t know that they were already inside the car.)

I mean all hell was breaking loose.

My niece was getting bit by the ants. I was getting stung by the mosquitoes and somehow, after this whole ordeal, the guys made out with absolutely no bites or stings on their bodies!

By the end of this, we ended up finding a gas station. We took out all of our luggage and had to vacuum the entire car. We shook our clothes out, along with the car mats and checked for any more signs of bugs. Thank God they were all gone. It took us hours to get to my grandfather’s house because nobody wanted to get back into the car. Once we did, we were so emotionally drained that there wasn’t much conversation. Even when we got to the house we had to take extra precautions, so we changed outside in the driveway, shook all our clothes out once again and put them in a bag before going inside. We then through our clothes straight into the washing machine…..we were absolutely done for the night.

As I reflect on this experience, I must state how important it is to listen to the Holy Spirit’s leading. I can’t stress it enough, that if He’s telling you to do something, trust that there’s a specific reason why He is saying what He’s saying. Back then, I shouldn’t have questioned whether or not it was Him, I knew it was, but I challenged Him with my pride and my own personal desire to want to prove what others thought about me wrong. Something so small…. a beautiful moment that quickly changed because I didn’t listen to Him and trust His judgment and others were negatively affected because of it.

This is one of the many reasons why I now respond as quickly as I do when I hear the Holy Spirit speaking to me because I never want to experience something like that ever again. It was my responsibility to obey His word and I take that more seriously now than ever. So when He speaks I respond because it has repercussions one way or another. I might have my occasional moments of questioning Him by saying “Really Lord, why do you want me to say that? Or, Ok Lord, you want me to do what?” Yet, it never fails because more times than not, I yield to Him and just do what He asks me to do lol.

One of the major benefits of listening to His voice is the relationship you’ll form with Him through every encounter.

Trust is being formed.
Your ability to hear His voice is being firmly established and when you do submit you’re constantly being trained in how to differentiate His voice from all others.

It takes action, and that day I should’ve responded better. I didn’t need to understand and know all the why’s but I just needed to respond by listening and obeying His voice.

I’m not sure who this is for but when you hear the Holy Spirit directing you, push everything else aside to follow His voice even if it doesn’t presently make sense. Believe me, it eventually will and you’ll be grateful that you listened!

I hope that you are encouraged by this post and that you’ll keep your ears open, ready to hear what the spirit has to say.

Thank you for taking the time to read my blog and for visiting my site.

God Bless and Have A Great Day!!

4 Replies to “When The Holy Spirit Speaks”