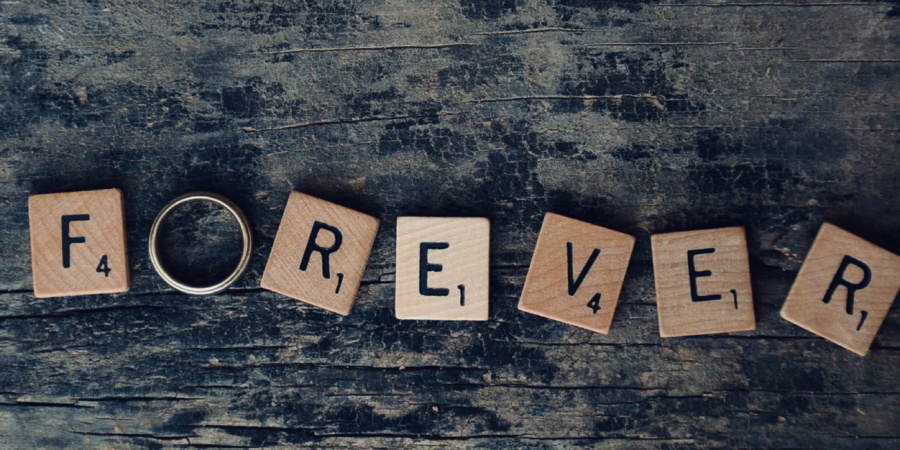 On my birthday, I could speak about many things, but at this time, I would like to focus my attention on the love of my life. For some of you, you might have to switch the page or stop reading after a while because this post might get too mushy for you, but the Bible says to give honor where honor is due, so I will on this day.

Many of you know that Kevin and I have been married for 12 years, and have been a couple, for 16 years. We’ve had a rollercoaster of a ride through each stage of our committed relationship. Some moments were beautiful, others a nightmare. Yet, God saw fit to bring us together.

Some may call our meeting “luck”, but I understand it to be – God’s Divine Providence.

Luck would imply that we got together by happenstance. That we just so happened to be at the right place at the right time, but I never believed that to be true. God knew exactly where, when and how we would meet, and what it would take to keep us together. He knew our personalities and knew what we needed, and gave us a beautiful relationship to grow and tend to.

*God is INTENTIONAL….and He does direct the course of our lives if we let Him.

My relationship with Kevin is just one of many examples of strong unions that have been formed, by the grace of God. Throughout the body of Christ, we have examples of couples that have been tested and tried and still thrive under unbearable circumstances. These couples are in it for the long haul and each has their own stories of how they waited and/or pursued after God’s best for them.  They may not have known it at the time but God’s hand was on every aspect of their life, leading them in the direction, that they were meant to be.

*What God has for you, is for you. The enemy might try to destroy it, weaken it, stop it, mask it, or even cause you to lose your desire to possess it, but never forget that God has something special waiting just for you!

If you wanna do life with someone, know who they truly are. Don’t identify them by what you’ve heard from others, but instead, take the time to investigate who they are for yourself. Sit with them for a while, know what makes them tick, know what brings them pain or makes them happy.  Truth be told, if I listened to what some people said about Kevin in the beginning stages of our dating, I would’ve missed out on getting to know him for myself.

My husband is an awesome man of God, that has been undervalued by some but has always crushed any ill perspective of him.

He’s an overcomer,
a conquerer,
a trustworthy and loyal individual.

He has always depended on God to guide Him ever since he was a young adult, and even more so now than ever.

This is not a PSA to convince you to get on board with team Kevin because if you truly knew him, I wouldn’t have to do that. You would already know what I know and have seen in him.

You would know that he’s a hard worker.

You would know that he’s a hustler- who uses the skills God gave him to get things done.

You would know that he’s a fighter- who stands up without apology for what he believes in.

You’d even know that he is sarcastic, yet at times, sensitive.

He is my best friend, whom I could share any and everything with, and not worry or be concerned about how it comes out.

He’s patient and understanding and helpful to bring forth wisdom and sound advice when necessary.

He doesn’t get caught up trying to impress anyone- (he’d speak to a celebrity the same way he’d speak to someone poor.)

He’s not impressed with titles or position but sees the man or woman for who they are apart from it.

Kevin has a servants heart and always has (this is just one gift that was placed inside of him and he never needs anyone to remind him to use it.)

He loves to joke around but he also knows when to sit down and get serious.

He’s a prayer warrior, a man who is knowledgeable about the scriptures and someone who can prophesy, but will more times than not be found sitting amongst the crowd showing brotherly love.

He takes notice of the little guy, the quiet and withdrawn, I can say that because I was one of them.

He’s a mentor, an advisor, a big brother and a father figure to many but ultimately he’s just a child of God, who knows who he is.

If you didn’t know who he was before, I hope you do now. And if by chance you’ve forgotten, I hope that this was a good reminder.

After all these years, I have the privilege to say this

He is my man and God’s best for me!

God gave me the best birthday gift that I could ever ask for.

Yes, I rejoice in the fact that I’ve just turned 36yrs old but even more so, that I get to spend this day and every day with the man I love.

We were blessed with this relationship and our friendship, connection and marriage is a testament to that. 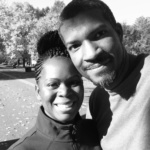 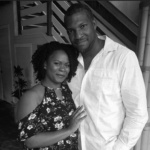 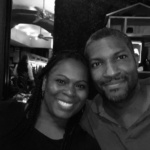 For all those waiting for the love of your life, don’t give up. Don’t get weary. Trust God’s timing and process for you.

Keep developing your character, because who you are will play a part in who is being drawn to you.

God can give you the desires of your hearts.

God can fulfill every promise that He has spoken over you.

And, He will flip your life upside down to have you arrive at a destination that you have only dreamt about.

This blog post is not meant to boast about my marriage or how good everything is in my life. It’s not meant to put Kevin and me up on a pedestal, but to only remind you that God cares about you. He loves you and wants you to look to Him for the direction of your future. So, while you wait, be patient with yourself, be consistent in your character, get out of your comfort zone, be aware of the energy you give off and don’t just accept anyone as a mate just because you’re lonely.

Take your time. Know your worth and lay to rest your unrealistic expectations.

Make a new promise to yourself that you won’t give or receive anything less than what you would want for yourself.

(Meaning, don’t expect the moon and the stars when you don’t wanna learn what it takes to survive in its atmosphere. You might have to backtrack and take in the beauty of what is already around you. Learn from it, appreciate it and realistically identify what’s within your grasp……then prepare to explore the galaxy.)

Look, you could look at our relationship and think that everything is perfect, that everything just fell into place. Trust me, it didn’t. We got real-life issues in real-time lol, but the thing that makes the difference is that we are covenant keepers and we understand what it means to remain under God’s covering. We knew this before we married, dated or even met. We individually depended on God to give us our hearts desires and He absolutely did, in time.

The wait may not have been easy but it was worth it!