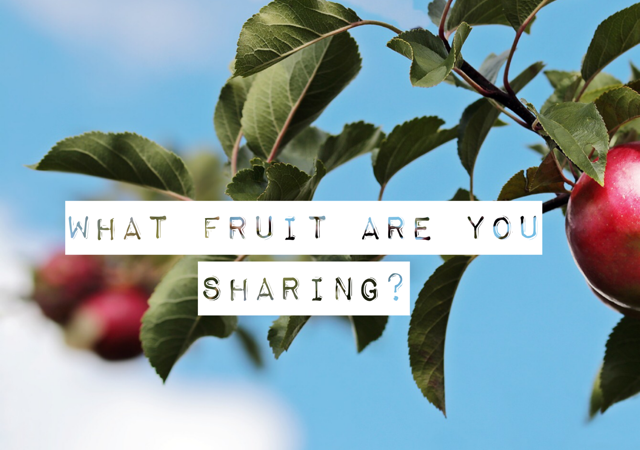 As December is coming to a close and we begin to think about our New Year Resolutions for 2019, I wanted to revisit a well-known scenario in the book of Genesis, and present it in a different way.

“Now the serpent was more cunning than any beast of the field which the Lord God had made. And he said to the woman, “Has God indeed said, “You shall not eat of every tree of the garden?’

Then the serpent said to the woman, “You will not surely die. For God knows that in the day you eat of it your eyes will be opened, and you will be like God, knowing good and evil.” So when the woman saw that the tree was good for food, that it was pleasant to the eyes, and a tree desirable to make one wise, she took of its fruit and ate. She also gave to her husband with her, and he ate.” 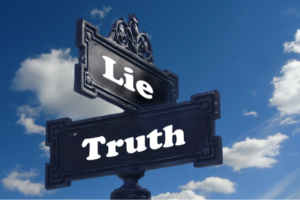 Now right off the bat, there were already a couple of problems presented with this scenario,

Eve allowed herself to listen and be deceived by an unfamiliar voice, one that not only affected her but Adam and everyone that came after. Once tasting the fruit, there was no going back- their perfect world was forever changed.

Just like ALL OF US, because of the sin that is in the world, our eyes have been forever opened through every temptation that we’ve fallen victim to. We are knowledgeable about so many things because the more you expose yourself to bad fruit/temptation the more you’ll learn about the results of partaking of it.

You can’t go back once your eyes have been opened. However, you can consciously make the decision to decline your natural urges to be curious about things that will only do you harm. Now I’m not saying don’t ask questions but if the answers are already presented why go through an unnecessary season of discovering what has been previously discovered? You can’t reinvent the wheel, just like you can’t reinvent sin….. (what is, has already been and generations of people have already been through the temptations that you’re presently facing…. but we must choose to learn from them.)

*Don’t engage in something that will produce more sin in your life. Sin will trap you every time.

If God said don’t eat of this tree, why was if so hard for them to obey?

Some have said “Oh, Eve tricked Adam. She was a bad help meet. She was an early day Jezebel…..”

Or “Adam should’ve been the head of his household and stood firm even when being tempted by Eve. Adam was a weak man…..”

I’ve heard both of these arguments, but neither one does justice. Eve wasn’t a bad help meet or Jezebel. Adam wasn’t a weak man. To be honest, they were both given free will to obey God or not and they individually chose not to. Their curiosity of the unknown disarmed them. Neither one of them were equipped to be tested in this way, so they both failed. Just as many of us have or will if we don’t equip ourselves with God’s truth and share it.

We have the word of God, in addition to stories within the Bible that serve as warnings and reminders of what to be watchful of, but sometimes we lack the discipline to do what’s necessary to refrain from sin.

We already know that sin leads to death, and God’s ways lead to life but unfortunately, that hasn’t stopped people from experimenting with things they shouldn’t be doing.

*Remember: There will always be a “Cause and Effect” 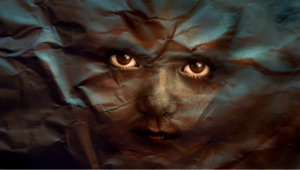 Sex- You hear about other people’s sexual encounters/experiences and become curious. You’re introduced to sexual images, through the television, computer, cell phone, magazines, music, which plants a seed and leads you into temptation and to engage in fornication, adultery, pornography or to cheat etc.

You’ll get pregnant or cause someone to get pregnant. You might contract Aids, HIV or an STD. You can ruin your reputation or someone else’s. You’ll distance yourself from God and end up devaluing yourself while carrying an amount of shame because you know your actions are not aligned with God’s ways.

Drugs- You’re going through a rough patch. You’ve encountered a trauma. You’re hanging out with the wrong crowd or may have been raised in an environment that drugs were heavily used- in addition to seeing it used on TV, in schools, and at parties.

It will compromise your judgment. It will cause you to want to experiment with it more and more….leading to possible addiction or death unless helped.

These are just two examples of the process of taking a bite of the worlds “fruit” and the knowledge that has been learned from it. (Which is crazy because we know the end result of these situations, and still choose to engage in them. Passing these experiences on to others as though it won’t cause them harm.)

Rather than passing around the enemy’s fruit, let’s begin to utilize the lessons already learned from those who have already endured these hardships.

Before making any decisions, take a couple of minutes to ask yourself the following questions:

And he said, “Who told you that you were naked? Have you eaten from the tree that I commanded you not to eat from?”

The man said, “The woman you put here with me- she gave me some fruit from the tree, and I ate it.”

Then the Lord God said to the woman, “What is this you have done?”

The woman said, “The serpent deceived me, and I ate.”

You see, some of God’s people are walking around here eating some “Strange Fruit” that does not come from the proper tree…. And just because someone gave it to you, you’re eating it without discerning what kind of fruit it really is. You’re touching some things that God has commanded you not to touch. Viewing and hearing somethings your eyes and ears and the rest of your senses should not be connected to.

You’re choosing to walk around here naked when God has sent Jesus to cover you.

I’m not here to judge you, but only to say:

“Don’t continue to be deceived by the fruit of this world. Know which tree produces the right fruit, and partake of that instead. ”  (don’t pull an Adam and Eve lol.)

“Oh, the joys of those who do not follow the advice of the wicked, or stand around with sinners, or join in with mockers. But they delight in the law of the Lord, meditating on it day and night. They are like trees planted along the riverbank, bearing fruit each season. Their leaves never wither, and they prosper in all they do.”

*Get caught standing around the right people

*Get caught eating and producing the right fruit

God desires us to be both strong and stable in mind, but that can’t happen if you’re entertaining those who desire to lead you astray.

God desired Adam and Eve’s eyes to be focused on Him and the splendor of His glory- His garden that he prepared for them. It had everything they could ever want or ask for but all they had to do is be obedient and show discipline and trust in God.

Just like in our lives, there will be so many things that we’ll be exposed to, but learn from the lessons of the past and make wiser choices. (Keep your temple free from pollutants.)

Temptations are inevitable, but don’t let the sorrow of bad decisions approach you in 2019. Instead, allow yourselves to have joyful reports of how you overcame the challenges of this world.

You are VICTORIOUS, so as you proceed into this New Year, choose not to be a victim. Protect yourselves and take on a mentality that will cause you to win.

I hope that this topic blessed you and that you can take some valuable nuggets away from it. If you liked this post, check out one of my previous posts about the effects of sin by clicking the link below!

Read More- “You Are More Than Your Sin

Thanks for reading and God Bless!!